I and Love and New: The Missing Banjo 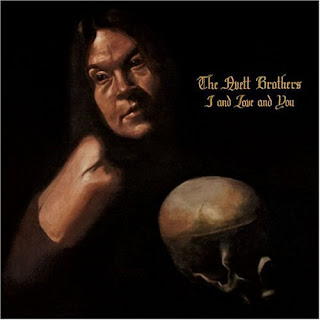 Rarely do I ever download music, but lately I have been enjoying getting free downloads with purchases of albums on vinyl, which I'm seeing offered more and more (this is a good thing!).

One such purchase was the new Avett Brothers album, "I and Love and You". The album doesn't come out for a few weeks, but I got a sneak peek via a friend's Torrent download (not squealing), which I didn't feel bad about since I'd already pre-ordered the record.

I was pretty skeptical of what the Avetts would do next, since they were working with producer Rick Rubin (best known for Johnny Cash's last few albums, Red Hot Chili Peppers' Blood Sugar Sex Magik, and the infamous Aerosmith/Run-DMC collaboration of "Walk This Way"). With Rubin's background in metal and hip hop and the Avetts' stripped-down americana sound, I was simultaneously excited and scared for what would come of it.

I heard 3 songs off the album, in the form of a downloadable EP, which eased my concern. Album tracks "I and Love and You", "Kick Drum Heart" and "Laundry Room" were just as good if not better than anything I'd heard in the Avett catalog.

There is just one thing I'm lamenting: the missing banjo.
The trademark sound the brothers are known for have has always been based on the banjo/acoustic guitar/upright bass/sporadic kick drum and high-hat percussion combination, but that has changed quite a bit on the new album.

Nearly every song features Scott Avett playing a full drum set, or sees him trading his banjo in for a piano-laden ballad (or both). I can hardly complain about this, because he plays both beautifully, and it's nice to hear him showcasing his other talents, but I can't help but hope he goes back to banjo on the next album.

I've heard several people say that they think it's too polished or overproduced, which I wouldn't argue with. It's definitely not "A Carolina Jubilee" or "Four Thieves Gone" all over again, but I'm OK with that. I don't mind the polish or the "perfectness" of it all. For musicians, making the same record over and over gets boring and I don't blame them for trying something different.

As for the album on the whole, the subtlety of the quieter songs and the raw energy of the louder songs are all there, the heartfelt and clever lyrics are all there, and although it's not quite one of my favorite of their records, I'm sure I'll warm up to it more with heavier listening.

Below is the track listing:

To quote my coworker who listened to the album with me today: "The Perfect Space = The Perfect Song". I agree with him. I saw the Brothers play this song as the encore of a Chicago show a few months ago. I'd never heard the song, and after hearing favorite after favorite, The Perfect Space ended up being my favorite song I heard that night.

http://www.myspace.com/theavettbrothers
Posted by art so troublesome at 7:45 PM