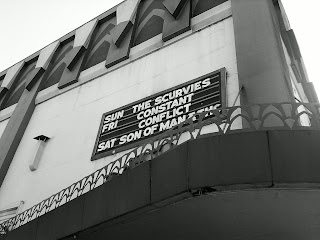 Hey everybody. I apologize for my absence from the blogosphere and twitterverse. I've been busy traveling since my last entry, and have been relying on facebook and the phone to keep in touch with friends, so I haven't made time to blog. But here's what I've been up to!

Went camping, saw some great bands (New Pornographers, Damian Jurado) and had to cancel the Scurvies East Coast tour, due to lack of responses from promoters (bummer), and got ready for our summer Midwest mini-tour. Here's how that went down: 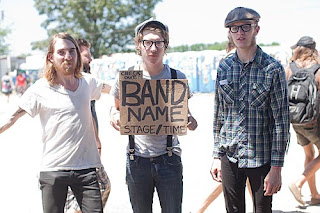 The tour began with our 4th annual appearance at Cornerstone Festival in southern Illinois. We played two shows, including a surprise slot right after our friends, Pittsburgh's The Last Hope.

The next day, I got profusely sick (thanks, heatstroke, malnutrition, and lack of sleep!), but was feeling better after sleeping in a real bed and getting all the junk out of my system. I also was completely unharmed in a car crash (as was everyone else, while the car I was in was totalled, and the other guys' car was pretty banged up). Can you say lucky?

Afterwards, we went to Cleveland, where I got to visit the Rock 'N' Roll Hall of Fame Museum for the second time. They had some new cool stuff they didn't have last time I went (2 years ago), like the awning from CBGB's, some of Jerry Garcia's guitars, and a whole exhibit on the Boss. 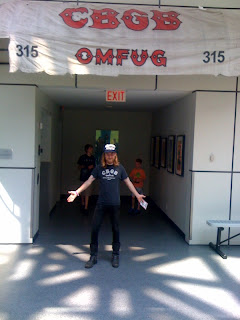 We played a basement show in Kalamazoo, Michigan, and then a cafe in Indianapolis, where we got to hang out with our friend Josh, the former bagpiper and mandolinist for Flatfoot 56, and met some new awesome friends. We went from there to Chicago, and then 90 miles from home, our fuel pump went out and we had to get towed all the way back at 3 in the morning. Triple A payed for it, and the tow truck driver was not happy. After a few near misses, we were finally home!

Former Scurvies guitarist Brandon Reid, who'd been traveling in Australia for the last 6 months, was on tour and played a show in Minneapolis, and I got to play (as This Heart) with him and Australia's Evan Buckpitt. I got to hang out with them again, plus a bunch more of my good friends from all over the country in Asheville, North Carolina at my friends Aaron and Grace's wedding. It was a great blessing to see all of these people in one place, catch up and do my fair share of square dancing. We got to visit our good friends in Indiana on the way to and from the wedding, which was a real treat. 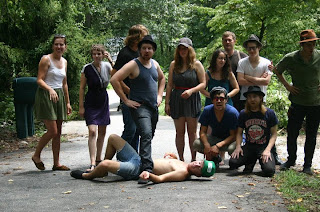 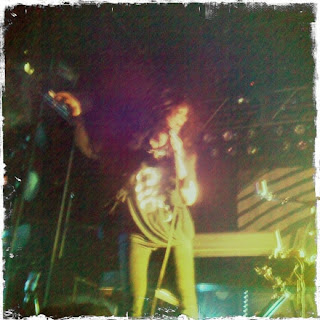 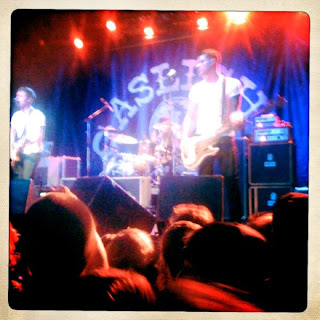 I also got a chance to see two of my favorite bands, The Dead Weather and The Gaslight Anthem, in the same week. It pays to live in an area where good touring bands are always passing through! 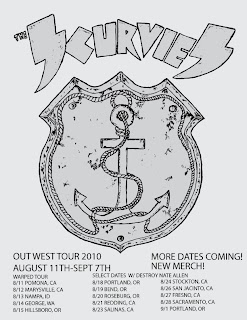 We began our Scurvies Out West Tour with some long drives, as we had to get all the way to southern California in a matter of 4 days. We had two shows, one in Sioux Falls, SD, and another with our friends Munster Boogie, in Denver, CO. We had little time to kill, but we squeezed in some good fun with the Denver kids and family that Nathan had in the city.

Shortly thereafter, we were in Pomona, California to start our 5-day stint on the Vans Warped Tour. Within that short span of time, we did a whirlwind tour of California, Idaho, Washington and Oregon, which felt much longer than it was, and we met a ton of good folks. You can check out a review of our show at Washington's Gorge Ampitheatre here. Check out these great bands that we got to interact and share the stage with, if you haven't already:

Riverboat Gamblers My favorite live show of the tour, with Andrew WK (with whom I had a few near run-ins) being a close second. Part of the draw was the rock 'n' roll energy, but another big part was how tight the band was. They're albums, especially "Something To Crow About" and their newest, "Underneath The Owl" have been in steady rotation the last month.

Cobra Skulls We got to know those guys a little bit, as we were playing the same stage and had a merch booth next to them a few times. They have it all: catchy songs, clever and sophisticated lyrics, and genuine DIY spirit. Awesome!

Jukebox Romantics
Same story with Cobra Skulls, these New York City kids were on the same stage as us, and we played back to back a few times. Their songs give a healthy nod to Bouncing Souls and Operation Ivy, and have all the contagious spirit a feel-good band should have. Keep a lookout for them!

Larry And His Flask
We played with LAHF a few years ago when they were a 4-piece punk band, but now have morphed into a six-piece hillbilly acoustic punk jam with enough power to give you a heart attack. They've also picked up Dropkick Murphy's merch guy as a manager, who's getting them huge shows left and right. I predict by this time next year, they'll be a household name in the punk community.

We also got to hang out a bit with a few bands we've played with previously, like California's Longway, Boston's Far From Finished, and The Casualties, who we got to play with in Alaska back in October, and it was great to hang out with all of them again. There are way too many stories to tell about Warped Tour, but suffice it to say that by the time it was over, I was sad and wished I could have gotten to spend more time with the people I met.

The next phase of our tour was with Portland's husband-and-wife folk punk duo Destroy Nate Allen. 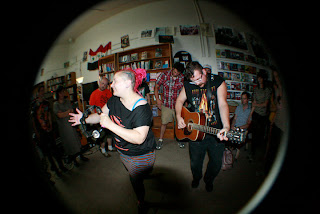 We did about 12 dates with them, with some wild adventures intertwined into the tour, including getting one show shut down by the LAPD, swimming at the beach, camping in the redwoods, and finding a place in Oregon that had about 5 treehouses on the premises, and this sweet Lord of the Rings-inspired door. 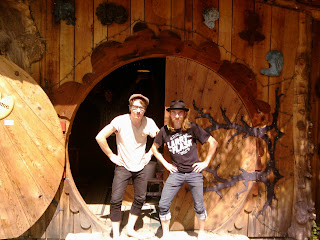 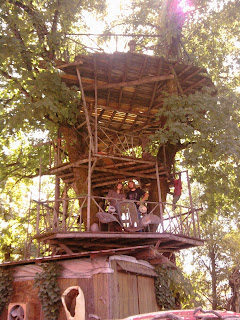 After splitting up with Nate and Tessa, we played a handful of shows in Oregon before heading back east. We'd almost been on the road a month, and were ready to be home. We had a few canceled shows between Montana and South Dakota, so we ended up camping in our van a few nights in a row, which was augmented by several stops to Starbucks, for coffee, wifi and free hot water for our Cups o' Noodles.

In South Dakota, we set about re-enacting National Treasure 2, and snuck into Mt. Rushmore from the backside. Punx! 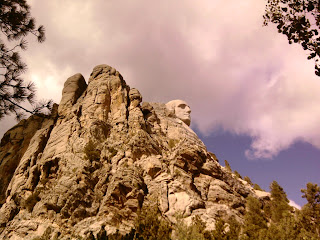 After being off for a few days, we had 2 final shows. One in South Dakota that our friend Jake set up for us, and then a homecoming show at Minneapolis' Triple Rock Social Club, home to punk rockers from near and far. Our buddies Dead Bundy and the Neat Neat Neats opened the show with a brilliant display of psychobilly, then Crankshaft, the amazing one-man-blues-garage-punk-band and our new friends Nato Coles and the Blue Diamond Band closed out the night. It was a wonderful way to end the tour. 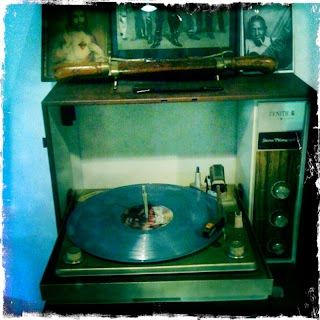 Now that I'm home for a bit, I hope to be blogging and tweeting a little more often than I've been doing. A little bit.
Posted by art so troublesome at 7:07 PM