I miss that band. 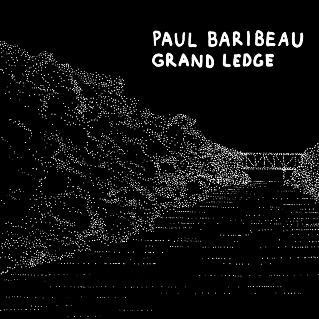 Once my band was on tour and played a show in Gainesville, Florida. I was really sick, and I had to throw up before and after we played. I was really sad, because I was so excited to be there, and did not plan on feeling miserable the whole time. The next day, we were supposed to play in Tampa, but the show got canceled so we stayed an extra day in G-ville. I'm so happy we did, because I got to see this guy Paul Baribeau, who had been at our show the night before, play a little house show. He was part of a three-artist tour with Eric Ayotte and Super Bobby (both of which were also involved in a screening of a video compilation they had put together).

I'd never heard of Paul Baribeau before, but he became one of my favorite artists that night, which is really rare for just a guy sitting on the floor with a guitar. Most of his lyrics deal with breakups or happy memories of playing in punk rock bands or being in a girls arms, which, as simple as it sounds, causes my heart to jump a little.

I picked up both of his two albums, and they are little nuggets of solid gold. He also did an album with Ginger Alford (of Plan-it-x records labelmates Good Luck), comprised of all Bruce Springsteen covers. I really need to get that album. This is the Amazon.com review of his second album, Grand Ledge.

"Paul is from Grand Rapids Michigan, he plays guitar and sings from the soul. If his words don't move you then you can't be moved. He is honest and amazing."

There isn't much to add to that.

http://www.paulbaribeau.com/
Posted by art so troublesome at 3:58 PM