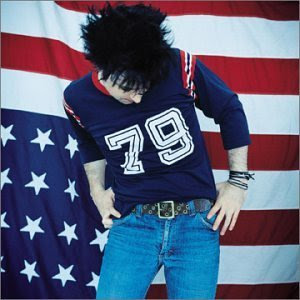 I got in a conversation with my friend about patriotism the other day, and how we are taught to be patriotic from a young age. It made me wonder why people want to be proud to separate themselves from other people in different places around the world and hold themselves above others. Although I believe it derives from mankind's pride and selfishness, it also results in beautiful culture. I doubt that without slavery we'd have the blues, and I'm sure that without the wars, we wouldn't have the beautiful protest songs.

It's bittersweet to me, as an American musician, to know that the only reason we as a culture are able to make the music we make is because we were so focused on being an independent country, independent from other people groups, not accountable for the suffering of others. I don't want to bite the hand that feeds, and I am happy that I was raised in this country, but that's mainly because it's home, and it's what I know. If I was raised in another place, I feel like I'd be happier there than anywhere else.

I know I don't have the same scope and perspective as others, but for me, I think the only thing that would make me proud to be American (or patriotic) is American music. I just hope that I don't perpetuate the things I see as being wrong.
Posted by art so troublesome at 6:55 PM